Just like any other physically strenuous sport, cycling is an athletic game which requires frequent body tune ups, joint calibration, mental and musculoskeletal conditioning. Who else can attest more so to this statement than someone who has the combined expertise of both passions – cycling and osteopathy.

Alice Monger-Godfrey is a former professional cyclist in Britain. Her first stint at racing was with the British Cycling Talent Team who went to her high school (for girls). During the recruitment, the facilitator asked the audience who among them would like to be the next Olympic champion. Alice would later explain…

I’d never really cycled before so the idea of missing a maths lesson was more appealing to me than winning an Olympic medal at the time! After completing all the stages I was selected, guided and funded through the start of my racing career.

True enough! She pushed through with her cycling feats and bagged championship titles as she carried the British flag in all her racing games. She went on to join the De Sprinters Malderen in Belgium and the Swift Women’s Professional Road Race Team. 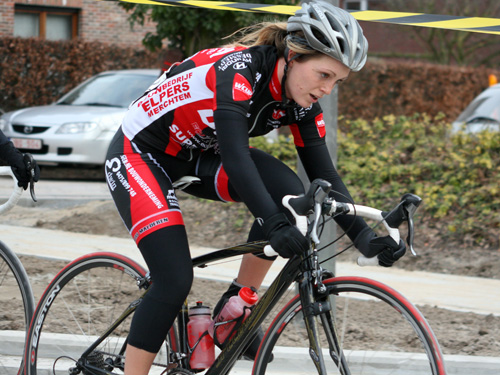 How a Pro Racer Became an Osteopath

When Alice turned 22, she decided that it is time to shift gears. Albeit the decision to quit cycling was a tough choice to make, she went on to study at the British School of Osteopathy and proceeded to finish a master’s degree. Now, she runs a number of osteo clinics which provide service to athletes particularly cyclists like her. She shares her experience…

It was brilliant to treat them and show them what osteopathy has to offer, not only in being able to treat their niggles but also optimise performance and prevent further injuries.

As an osteopath with a background in professional cycling, she explains that, although riding a bicycle involves twisting and constant leg movements, the act of sitting on the saddle of the bike for more than 20 minutes can hamper the proper functioning of the multifidus muscle. Such a scenario can eventually result to an injury. The multifidus muscle is the muscle which provides support to your entire spine.

She believes that, once a person starts to think that he or she knows everything about his or her body, it is the unfortunate time that necessary treatments stop. This is why she advocates continuous learning both for her patients and for her own practice as an osteopath.

There are never two patients the same and absolutely no two days the same and that means I am constantly striving and learning to find out why this patient is presenting these particular problems here and now…. There are different physical and mental challenges I face being an osteopath compared with when I was racing, but I love being able to help people get their bodies back on track.

Cyclists as well as other athletes endure a lot of routine physical trainings. That is why it is no surprise that they experience niggles from time to time. If ignored and left untreated, they can become chronic and can worsen into debilitating conditions.

Alice recommends that cyclists, other athletes, and non-athletes even should undergo a MOT (or maintenance osteopathy treatment) regularly, not just to relieve niggles and prevent injuries, but also to tune them up. Osteopathy is a medical modality that involves a holistic approach on treatments – not merely aiming at the symptoms but more so on identifying and treating the origin of the problem, through natural techniques of massage and manual manipulation.