If you in your adult years are still afraid of going to the dentist, you should consider yourself fortunate. Our ancestors did not allow themselves to be troubled by dental problems just like that. Even without the availability of sterile devices and anesthesia, they would rather fight it out than suffer the lingering pangs of cavities and tooth decay. Indeed, you should be grateful that you live in these contemporary times and you should no more fear an appointment with the local dentist.

In those days when people did not have modern instruments to administer dental procedures, they had to be content with whatever makeshift tools that were available within their reach. According to an archaeological finding published in the Scientific Reports website, the oldest known application of dental extraction was performed during the Upper Paleolithic* period. It was discovered that, in this era, people were already cognizant of the harmful consequences of dental disorders, such as cavities and tooth decay. With such awareness, they had to find ways on how to get rid of them. 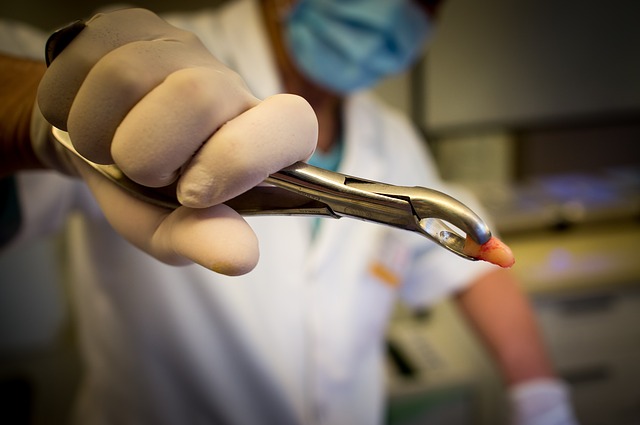 “Prehistoric dental treatments were extremely rare, and the few documented cases are (previously) known from the Neolithic, when the adoption of early farming culture caused an increase of carious lesions,” wrote the researchers in their report.

From the remains of a human cadaver found in a burial ground in Northern Italy, which was evidenced to have existed during the Upper Paleolithic age, it was discovered that there were “presence of striations deriving from the manipulation of a large occlusal carious cavity of the lower right third molar.” An occlusal trauma is defined to be a type of damage on the tooth that was left by some kind of improper treatment.

This discovery shows that the oldest form of dentistry was already in practice 14,000 years ago. Awareness and treatment for dental concerns have been in existence even before the ancient Egyptians, Greeks, and Romans were known to be cleaning and drilling out their teeth because of dental caries and cavity infection.

With the use of a hi-tech instrument called the Scanning Electron Microscopy, the researchers saw that the molars of the human specimen had V-shaped striations transecting into parallel tiny scratches and micro dents at the base. Through a scientific experimentation method of “in vitro” reproduction, the researchers were able to replicate the cut marks and they found out that the striations in the molars could have only been caused by prehistoric tools, such as flints and sharpened stones.

Imagine what excruciating sensations were felt by those early humans whenever they wanted to cleanse their mouth and cure themselves off from dental caries and tooth decay.

This finding also suggests how prehistoric humans of the Paleolithic period discovered the use of toothpicks to clean their teeth of food debris before they resorted to a much more gruesome process of drilling and cutting to extract an infected and decaying tooth.

So the next time, you will feel that heart of yours strenuously beating out of nervousness because you are about to put your next foot forward into the dentist’s clinic, keep in mind how our ancestors were not lucky (as we are now) to have dentistry tools and aides for modern dental practice, which were designed for the patients’ utmost comfort and benefit.